How to Include BootstrapVue in a Laravel Project

After setting up the project, I decided that it would also work great to use BootstrapVue, the Bootstrap Vue component library for web apps. This will make the development a lot faster, and eliminate a lot of the html I will need to write.

I had to search the solution up for this, as it was a little tricky to include BootstrapVue in my project and I wanted to save you the hassle.

If you are using Laravel, first install the Laravel composer package- laravel/ui that is already built for you. To do that, just open a terminal from your project root directory, and run:

Bootstrap and Vue are included in this. You will also need to run npm install, and then npm run dev in order to view the bootstrap styling on your site.

Then make sure to run your database migrations with:

Great work! You successfully added bootstrap, vue, and a great authentication service to your app!

Next, you will install BootstrapVue.

This is how you will be able to use BootstrapVue components in your app.

In order to install BootstrapVue, run:

in your terminal from your root directory as you did above.

Next, in order to start using the BootstrapVue components in your project, you will need to include the css and javascript within your app.scss and app.js.

After the @import 'node_modules/bootstrap/scss/bootstrap'; declaration, add the following:

This will add some specific css properties that BootstrapVue requires.

Next, go to your /resources/js/app.js file and add the below

Finally, run npm run dev to recompile your css and js in your terminal.

At that point, you should be able to use BootstrapVue in your project.

Do you want to know a secret?

Soltech is owned by me, Chris.

Right now, I am looking for a job.

Over the past couple of years, I have learned so much doing work for different small businesses both in Mexico and the United States.

It has been a huge blessing to work with many amazing people.

That being said, I want to hone in my craft in Software Development and Customer Service, which are two parts of my job here at Soltech that I have especially loved and want to grow in.

I am seeking a position where I could do one of those things more full time.

Are you hiring for one of those roles?

Find my contact info here and reach out if you are and interested in talking to me about joining your team. 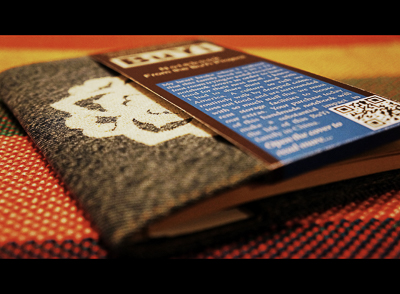 What I learned about business and life in a "failed" company.

I’m a millennial, and I grew up on a farm knowing what business and hard work meant, and one day in my teens I decided that I hated business. I decided that when I was out of school, I would work for my family farm, or find a job for someone else, but in no way did I want to manage and run a business myself.

How to fetch items by slug with Strapi, Nuxt and GraphQl

Learn how to create user friendly urls for Strapi and Nuxt through GraphQl queries in this article. Access your blogs at /blog/your-slug and more.